Automated Insights has been acquired by Vista Equity Partners in conjunction with Stats LLC, a sports data and analytics vendor also bought by Vista (see TechCrunch, Xconomy, ZDNet). There has been media speculation about the implications of automated-writing (aka natural language generation) technology, sparked by this acquisition and by ongoing deployment successes by Automated Insights and also Narrative Science out of Chicago. 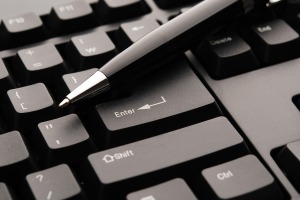 A frequent flaw in such analyses consists of treating artificial-intelligence software with a double standard that is not also applied to people. For example, way back in 1998 I wrote a letter to The Scientist dismantling criticisms of the Arrowsmith program which discovered unnoticed connections between themes in the medical literature. Critics had said that “everyone has some skepticism that you can find something new from what’s already out there”. Gee, people do that all the time.

Human writers succeed less often by solely becoming skilled at writing than by also becoming knowledgeable in a subject or mastering an analytical skill, which then give them something to write about. This is true of novelists, scientists, journalists, historians, and the rest: First comes the content, then come the sentences. Under this lens, one can argue that Automated Insights and Narrative Science technology is not so much automated writing but rather recurring event summarization, i.e., one of many analytical skills.

Thus, I’ll predict that the emerging technology for writing will pair up (1) specific subject-matter or analytical expertise with (2) writing as the more easily-mastered skill. Technical progress on (1) will be the bottleneck.